Dismantle and Rebuild Policing in America

These past few weeks, my opinion about institutional racism in American policing took a 180-degree turn. In full disclosure, I’m a son of a New York City police officer. As a child, I was captivated by my father’s vivid stories about getting “bad guys” and their drugs off the streets, about tussles he had with drug offenders, or how he’d outsmart criminals on stake outs.

My Dad was my hero. His badge was his superpower. He’d flash it and we’d skip lines to get on rides at Coney Island. He’d flash his badge, and we’d gain access to the most secure areas at Kennedy Airport so he can show this aspiring engineer around the hangars (pre-9/11).

And though I could imagine what it was like as a Black man serving on the police force in the 60s and 70’s, like countless others like him, my father learned to store the blatant racism directed toward him and the Black offenders in his mental locker before he came home. And so I romanticized the job. My favorite TV shows were police series like “Adam 12” and “Columbo”. I drank the Kool-Aid.

It’s no surprise, then, that I reconciled the tragic beatings and killings of Rodney King, Mike Brown, Eric Garner, Tamir Rice, Sandra Bland…as the product of a few bad actors on the force. The system was inherently fair, or so I thought.

The recent murders of George Floyd, Breonna Taylor and the shooting of Jacob Blake, Jr. at the hands of police have shifted my thinking. That police have repeatedly killed or maimed unarmed Black men and women with impunity reveals something deeper at work. Something cultural and systemic that cause White (and Black) police officers to disregard Black lives and property with impunity; to hide behind “the blue line” from illegal and murderous acts; and to fear retribution (or punishment) for challenging their superiors or their fellow officers. The system is broken.

American Policing is Built on a Foundation of Racism

Born out of 18th century slave patrols commissioned to chase down runaway slaves, for Black communities across the country, police were never designed to “protect and serve.” Rather, the police, and the practice of policing were constructed to protect “the minority of the opulent against the majority,” as James Madison wrote in the Federalist Pages, which informed the United States Constitution[1]. At the time Madison penned these words in 1787, African American slaves weren’t even considered “the majority.” We were lower than the majority. We were property.

This inherent devaluing of Black lives persists in the blue culture today. In a revealing video interview by former Baltimore Police Detective Michael Wood recounts how these racist attitudes play out daily: selectively beating up Black suspects; defecating in homes during drug raids; intentionally avoiding white areas of town; and harassing residents in Black communities to prop up arrest quotas. These are not just the behaviors of a few bad actors. These are shameful acts that derive from a racist police culture.

And Black and Brown people feel this palpable sense of “otherness” when it comes to policing. According to a recent Pew Research study, most Black (83%), Asian (73%) and Hispanic (65%) Americans say they’ve experienced discrimination or have been treated unfairly by police because of their race or ethnicity, either regularly or from time to time.[2]

Management expert Sir Edwards Deming said, “Every system is perfectly designed to get the results it gets.” And thus, if we want to change the results, we must fundamentally change the system.

The police state must be dismantled and rebuilt. And this work must extend to the communities in which the police operate. Studies have shown that there are higher incidences of fatal police shootings of Black civilians in communities where there is implicit bias against African Americans.[3] This suggests that the community attitudes about Black people influence police behavior (and probably vice versa).

The culture of racism and bias against Blacks is community wide.

No simple pledges to work towards social justice or “support” the Black Lives Matter movement will overcome an institutional culture of racism. Management expert Peter Drucker says, “Culture eats strategy for breakfast.” The culture, structure and purpose of policing must be dismantled and rebuilt from the ground up, from the budget to the reward structures and levels of accountability to training.

“Policing” Has To Go!

In fact, I would take one more radical step to suggest that the words “police” and “policing” need to be retired and replaced. To what, I don’t know. But changing the name will signal a changed culture!

Police culture—its labels, norms, behaviors, values, rewards, and attitudes—must be dismantled then rebuilt. Only then can we see our way clear. 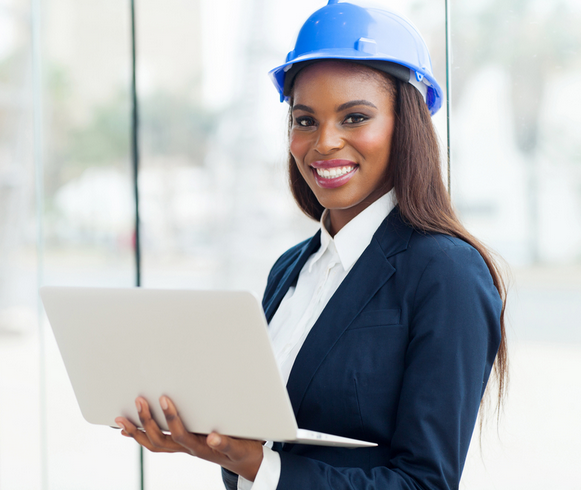 How Can We Bring More Black Girls and Women Into Engineering?

How Can We Bring More Black Girls and Women Into Engineering?